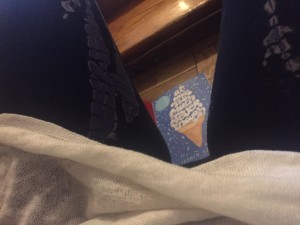 Really sorry about this photo. I just couldn’t resist.

I’m not entirely sure what to say, except for holy shit, Always Too Much and Never Enough comes out in a week and a half! I’ve never purported to have any idea what it’s like to give birth, and I usually err on the side of not comparing anything to vaginal delivery of a human being (egad!). But I do kind of sort of want to compare the process of writing a book and then waiting for it to arrive to pregnancy — a long, two-year pregnancy that doesn’t require an episiotomy, nor eventually paying for a college education. But it does require a shitload of planning and scheming, and a team of very patient do-gooders who care as much as I do that this memoir is a success. That people buy it and read it. That my dozens of book signings and readings actually have butts in the seats.

Of course, my main hope for Always Too Much and Never Enough is that it emboldens people to seek their own truths, and that through telling my very deepest, sometimes darkest secrets (egad again!), others realize that they aren’t alone with the shame or confusion they sometimes feel … perhaps as an outsider looking in … or perhaps as a person who has always tried to question assumptions, even when it would have been much easier to follow the status quo. That’s how it’s been for me, and I can’t say I haven’t struggled through it sometimes. (In a lot of ways, I still do.) But, ultimately, I don’t think it’s possible to live in any kind of authentic way unless we feel the burn at times.

For me, my own truths started to emerge as I began to recognize all the ways in which I have been betrayed by the animal agriculture industry. As that wall of denial came crumbling down, and as I realized I was being betrayed by my dearest companion — food — I also began to realize that I had been betraying myself too, in so many ways. That’s when I started to embrace my sexuality. That’s when I lost nearly 100 pounds. That’s when I finally confronted the ongoing trauma of having been bullied as a fat kid — a kid who was trying so hard to fit herself into her mother’s skinny shadow. My whole life, I felt I was always too much and never enough, and the same goes for the food I ate. I wanted more, but it was not enough, not ever. The process of dismantling all of that — thanks to finding out what nobody wanted me to know about the way food is really produced — was the hardest, most rewarding journey I could imagine. In a lot of ways, it’s all still unfolding — and so it remains hard, and rewarding, and just about everything in between.

These days, I have a lot of rewards. Even though a writer friend refers to the time before a book comes out as “the calm before the calm,” I am eagerly awaiting the start of my book tour in less than two weeks. I hope you’ll join me! In February, I’ll be in NYC, LA, San Francisco, San Jose, Oakland, Berkeley, Cambridge, and Montclair. In March, I’ll be in Tucson, Phoenix, Tempe, Salt Lake City, Seattle, and Portland. In April, I’ll be in Northampton, Lincroft, and Baltimore. There are a ton of other events constantly being added, so check it all out on my events calendar, “like” my author page on Facebook, and follow me on Twitter and on Periscope.

Here are some other things I’m excited about: 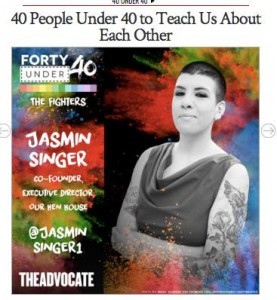 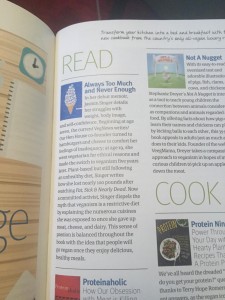