It Started With an Article I Wrote, Which I Thought Was NBD. But Then, the Floodgates Opened...

It Started With an Article I Wrote, Which I Thought Was NBD. But Then, the Floodgates Opened… 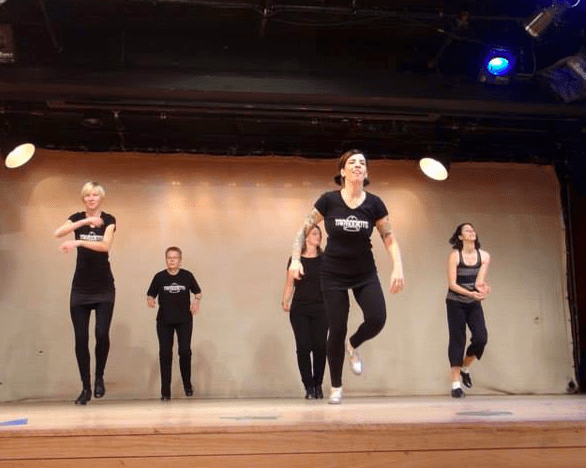 I stood outside my tap-dance class using the very spotty service to check my Facebook messages. It had been a day and a half since the article I wrote for Mind Body Green – “What Losing 100 Pounds Taught Me About How the World Treats Overweight People” – was published, and I was freaking out. I had already received tens of thousands of likes and hundreds of messages from women (and a few men) thanking me for loaning my voice to their experience. I had also received a fair share of messages cursing me out for being so close-minded as to not understand that the reason people treated me better now that I was thin had nothing to do with my weight. According to these naysayers, 100 pounds ago I had provoked bullying with my low self-esteem, not my size, and now that I was thin and thought better of myself, I was “attracting more light to my life,” or some shit like that. And that’s why the world treated me better now. Mmmm-kay…

There were a lot – and I mean a lifetime’s worth – of messages in my inbox. All I had done was share my story and offer my observations of the world through the lens of a newly thin person. From the emphatic, zealous response from people all over the world, you’d think I discovered a way to breathe underwater. I seemed to have hit a nerve.

Even though I had been writing and otherwise expressing my opinions out loud for many years, I had never before had this kind of a colossal reaction to my words. People were outraged and thrilled. For better or worse, my story of going from a bullied, fat kid to a disillusioned (but popular!) thin woman struck a chord with them. In the process, I was brandishing the very thing that many of my peers were trying desperately to hide: my underbelly.

And by underbelly, I not only mean literally (significant weight loss often results in significant skin floppiness), but figuratively. What I was suddenly exposing was the yucky, often unspoken truth about how mean-spirited our society can be about size, a truth known only to those who – like me – jumped the fence and wound up in a sunnier spot than before.

I’ll tap it out, I thought! These days, that was how I handled the vast majority of my problems. Angst over environmental devastation? Shuffle on down to Christopher Street for a tap class! Grandma’s dying? Time to time step! When I shuffle-ball-change, nobody (including me) cares about anything besides whether my pleather tap shoes are making the right sounds at the right times. (And they often aren’t, but I digress.) 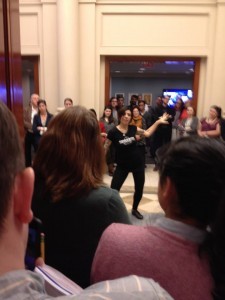 I was early to class, so I stood there wearing oversized, paint-splattered white overall shorts (tap-dance brought out the 80s in me), trying to pass the time, wondering why nobody else is ever early. I fingered my phone. “Don’t read the comments,” I said to myself, as I shuffled past the hundreds of messages that I’d respond to later, during my upcoming all-nighter that I was suddenly planning. “Need some goddamn coffee,” I whispered to no one.

Thumbing through these messages, one caught my eye, and I clicked on it. It was from one Allison Janice, an editor for Berkley Publishing – an imprint of Penguin Random House. I squinted, wondering if what I was reading was real: “…could be an interesting book… talk to your agent… would love to read a proposal… drop me a line…”

The backpack that had been casually draped over my shoulder, apparently half-unzipped, fell to the floor in a thud, and my scuffed up, vegan tap shoes noisily toppled out, causing me to jump. “Holy shit,” I said to my phone. “They want me to write a book. About me.”

Two years and one month later, my memoir,  Always Too Much and Never Enough, was born. (And I didn’t even get an episiotomy.)